Does heel striking deserve such a bad reputation in running?

One of the most common bits of advice among runners is that you shouldn't "heel strike" when you run. It's generally viewed as poor running form that can slow you down and cause injuries. But if this is the case, why do so many elite runners and racing champions run this way? Does heel striking deserve such a bad reputation? We reached out to experienced physical therapists that specialize in endurance sports to get a definitive answer.

What is heel striking? 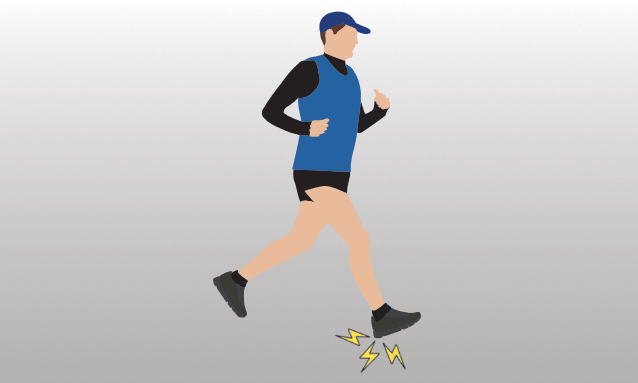 First, let's cover the basics. Heel striking is when a runner's heel is the first part of their foot to make contact with the ground during a stride. Problems tend to arise when the knee is fully extended, and the heel lands out in front of the body. The other types of foot strikes are "midfoot," where the runner lands on the center of their foot, and "forefoot," where they land toward the front of their foot or on their toes.

Heel striking has a bad reputation because it can create a repetitive landing force that can travel through the leg and slowly damage your knees and hips. It can also have a braking effect, which can slow a runner down with each stride, as opposed to the forward gliding motion that can be achieved with midfoot and forefoot strikes.

How can you determine your foot strike?

The best way to go is to get a professional gait analysis. They are often provided by running specialty stores and physical therapists. You can try shooting video of yourself, but this can be tricky as multiple angles are needed to get the entire story, and you may not know what to look for.

There are training sensors you can use to measure certain aspects of your foot strike. For example, Runscribe+ footpods can track the braking force of your right and left feet independently. Seeing higher numbers here can be a sign of a troublesome heel strike. This data can be analyzed in SportTracks with all of your other training metrics.

What do physical therapists say?

According to the PT's we reached out to, you should mainly focus on where your foot lands in relation to your body. "I am less concerned with which part of our foot we are striking with and more concerned with where that foot is striking the ground in reference to the body," says Sam Ray, from Upright Athlete Physical Therapy.

"For example, someone who heel strikes out in front of their body is at a higher risk of injury because of the increase in forces through that leg from the heel to the hip. Stress fractures of the tibia, IT Band syndrome, and patellofemorial pain are all common. Heel strikers are more likely to land out in front of their bodies. However, if that same person heel strikes with their foot directly below their body, they are now better able to handle the load and dissipate forces."

I see LOTS of runners who heel strike and do not have injuries.

Evan Adler from UNC Healthcare agrees, "While it is true that it is not the preferred way for runners to hit the ground, it is not inherently the cause for injuries. I see LOTS of runners who heel strike and do not have injuries. With that said, when a runner comes in for treatment for an injury, if I see that they are a heel striker, then I do try to help remedy that."

What can be done to reduce the damaging impact of heel striking? As it turns out, training to increase cadence is a popular solution, but the overall goal isn't to alter how your feet hit the ground. According to Shefali Christopher at Elon University Department of Physical Therapy, "...cadence is used to decrease load (impact) not strike pattern."

Cadence is the number of steps you take per minute when you run. We cover this topic in detail in our What is Good Running Cadence article, but the basic idea is to train to run with a higher cadence, generally 165 steps per minute or higher. The faster you turn over your feet, the smoother and less physically jarring your run becomes.

"It is well documented in the research that as little as a 5-10% increase in one’s cadence can have a multitude of effects on gait mechanics, ground reaction forces, joint stress, and injury rates," says Evan Adler.

"Injury is caused when the strike impact, also known as vertical ground reaction force, is too high. Rear foot strikers are traditionally seen to have higher impact than forefoot, HOWEVER, that doesn’t mean heel strike equals injury. It is important to look at forces," says Shefali Christopher.

Worrying about the angle at which your feet hit the ground is likely unnecessary, as long as damaging forces are not created when you run. You can lessen the chances of having an injury-prone gait by tracking and monitoring your cadence. You should occasionally glance at the cadence number on your watch as you run to make sure it's not too low. If your cadence is low, you will need to start taking shorter and quicker steps to increase it. 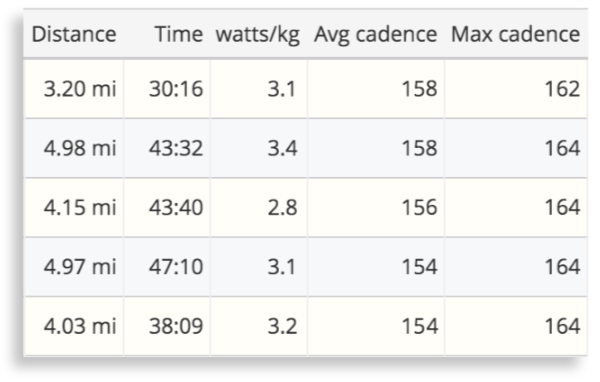 As you train to gradually increase cadence over time, you can analyze your workout data to determine if the training is paying off. The Workouts page in SportTracks allows you to easily filter all of your runs by date, and then compare specific metrics chronologically. Looking at a stack of your average cadence numbers will provide valuable insight.

Thanks for checking this out! You can learn more about this topic in our articles about Running Form 101, How to Improve Running Cadence, and Foot Strike and Shoe Choice.

Optimize your run performance with these running form tips
How running shoe design benefits different body mechanics
Drills and training tips to increase your strides per minute
Get SportTracks
Plan. Track. Analyze. Share.
All in one place.
Sign up